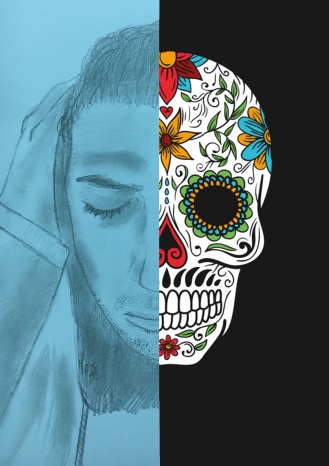 I feel transient. It’s likely that I have always felt this way, and it is only in the jaws of existential questions and issues that I feel fully how transient I am, but it is certainly true that right now, I do indeed, feel transient. Perhaps it is best to describe what transience is when I am describing it for myself (which isn’t an attempt to define transience in general, which is one of the seemingly impossible goals of this research project). I stake the claim that I FEEL AS IF I AM DISAPPEARING. My life is discontinuity, or is it continuity: where the only continuous thing is the cursed embrace of a bed mattress? Is my bed the only continuous strand that I can grasp?

I never realized how disabling pancreatitis could be before I arrived in Lima. When I first encountered the enraging disease six years ago, I handled the experience as any 15-year-old would, with paralyzing fear, followed by a subsequent blanket of relief when finally, at long last, I was released from my hospital bed and wheeled out into the sunlight in my wheelchair. I can still remember the joyous rays of sun that resurrected my sick body. It wasn’t the medicine, the opioids, or the extensive medical care from nurses and doctors that resurrected me, it was the sunlight, which told me that I was once again a part of this world. My days would no longer glide by unnoticeably as I stared at the white ceiling or walls, too drowsy with the opioids to even read a book. I slept my days away that week, even though I wasn’t tired. The only distinctive event that I could recognize were the random doctor’s/nurse’s visits that interrupted my solitude.

That hospital experience replaced all my memories of the extreme pain that pancreatitis brought with it. Yes, there was excruciating pain, but there were also white walls and hopelessness. No one knew what it was. No one knew if it would remain. No one knew how to treat it. We could only wait as my enzyme levels gradually decreased to a manageable level. It was the most painful thing I had ever experienced, but what shattered my world at that age, was just how much my experience could change in the face of this disease- just how much I could lose. When the doctor informed me that it was likely a freak event, a “one-in-a-million infection”, I truly felt rejuvenated. This illness wouldn’t conquer my life. I could return to familiarity and the continuity of family, classes, music etc.

Now, however, I have learned that that experience six years ago was a false glimmer of continuity. My life progressed for six years, day after day, teasing me with the expectation that the next day, and the next day, I would be myself and my world would be the same.

I had my second episode of pancreatitis two weeks after I arrived in Lima. I took the bus to the university in the morning, as per usual, but as I sat upon the bus seat, I suddenly felt as if I was impaled through my abdomen. Throughout that ride, I uncomfortably shifted in my seat, to the annoyance of the other packed passengers in the Micro as they waddled to be free from my squirming. At the university I attempted to eat, which only aggravated what I believed to be a stomach flu. Seeing no alternative at the time, I found a bench to lie down and wish away the pain. I stared at the blue sky and watched the clouds fly past. Ever so slightly, I became colder, as if the intense rays of sun of Lima’s midday could no longer penetrate through my skin. I could see the heat in the light, but I felt nothing save for the intensifying cold. I shivered and gasped and stared at the clouds and realized instantly, that my pancreatitis had returned. 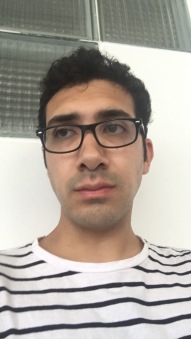 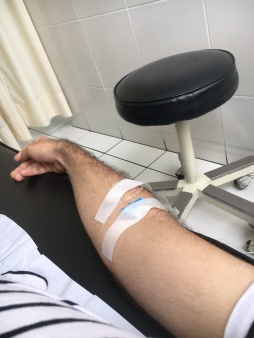 The next few hours were lethargic torturers, as I was passed from the university clinic to an ambulance, to an emergency room, and finally, by nightfall, into a hospital room. I wish I could describe each experience as I could with my earlier realization that I had pancreatitis, but I had officially lost control of my life. I was whisked from a wheeled stretcher to a cold metal examination room, to an even colder wheelchair, and then to a frigid hospital bed. Doctors strapped my arms into blood pressure monitors and shoved thermometers into my mouth. They spoke above me to the university directors who had accompanied me, occasionally asking what level of pain I was experiencing. Writhing on the examination table, I shouted that it “fucking hurts”, forgetting briefly that I was being spoken to in Spanish. Upon hearing this, the doctors left for what seemed like an eternity. I gasped and moaned and punched my bed as I waited. I wanted nothing else but relief. Only release. I knew that the directors were concerned, but they didn’t know what else to do other than to soothe me as best as they could. Their conversations, their jokes, were the only things that kept me from collapsing into hysteria. Somehow, despite the raging inferno within my body, I could offer up a few quips and a hangman’s humor. The door flew open and doctors wheeled in an IV. They chose an arm and a vein to drive their needle. I waited in desperate anticipation as they attached a syringe of opioids and emptied the vial into my bloodstream. Release.

The rest of the week, I remember little more than white walls, white ceilings, white sheets, and hopelessness. Once more, the only indication I received of the passage of time were the intermittent visits by nurses, directors, hospital staff, and doctors. The minute I caught the slightest recognition of a lab coat and a familiar voice, another vial of painkillers was emptied into my body and I became docile once more, staring at the ceiling. When, after eight days, I was released, I was told that it was likely an autoimmune infection just like six years ago. It was simply more bad luck.

Although I spent the better part of another week recovering at home in Miraflores, I was convinced that I had been struck by lightning twice. I returned to my normal behaviors, discontinued my recommended diet, and remained active. There was little indication that anything had changed once more. The sun shined, and I felt it again. In less than a month, however, I returned to the emergency room. This time I packed my own luggage for my stay in the hospital. I ordered my own Uber and checked myself into the emergency room. An issue with the insurance company condemned me to wait for an hour, slowly deteriorating in health before I could be attended to, but once I was inside through the emergency room doors the entire process repeated: blood pressure monitors, thermometers, cold examination tables, even colder wheelchairs. I accepted it. Hopelessness for another week, I believed. Then the sunlight. But this time wasn’t like the last. When I left the hospital that second time, I never felt healthy again. 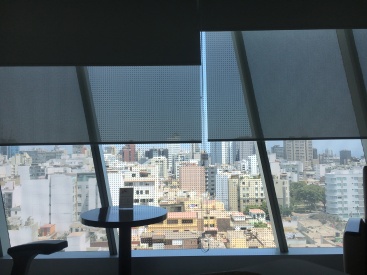 Almost a month after my second emergency room visit, I cannot walk longer than a few kilometers. I spend half of my days in my bed, and the other half planning the most efficient route back to my bed. I cannot eat more than soup otherwise my abdomen erupts into new bouts of pain. Many mornings I wake up to great discomfort and have to debate whether I can survive the hour-long commute to the university. Each time it’s different. Sometimes I feel extremely heavy, as if my body will explode at any minute in a display of painful entropy. Other times, I feel weak enough to collapse onto the street, and when I finally arrive at a seat, I fall into its support and breathe heavily. Occasionally, I receive intense fevers, descending into cold shivers regardless of where I am. Honestly, everything feels cold. It may be just the gray Lima winter, but I haven’t felt sunlight in a while.

I am no longer synced to my body. It feels as if everyday is a new betrayal, as I lose “control” (or maybe I never had control over these things, and I am just realizing it) of a new function each week. Frequently, I feel like Camus’ Sisyphus, toiling away to push my boulder of pain off to another day, only to have it fall back the next day. This life feels arbitrary. It feels negatively chaotic, denying me health and choice, or at least the illusion of choice. Most noticeably, I feel as if my life has become a discontinuous array of experiences, as if I never left the hospital. I am at the mercy of enzymes. I am held captive in my own body. But once again, maybe this is how it has always been. There’s no mind/body, there is my existence, my being, and it has drastically changed. I am disabled.

For this reason, I say that I am transient. My body, my being, is noticeably transient as it withers away each day with no end in sight. It is decomposition. Unlike the healthy person, who experiences with permanence, I am all too aware of my impermanence. How quickly I can be sent back into a hospital, how arbitrarily I can be whisked away from my classes, from my friends. A telling sign of this difference is how I spend most of my nights wondering how my tomorrow will change. A healthy person would stay awake thinking about how to improve their yesterday and their today. My yesterday and my today are independent events that could become an absurdist reality. I look in my mirror and I don’t see who I used to be. I am far skinnier. I can see my bones. Dark circles under my eyes betray just how impossible it is to sleep when my pancreas jolts me awake with pain in the middle of the night. No one knows what is causing my pain, and this discontinuity makes me transient. No one seems to understand how long this malady has affected me and to what extent, and this discontinuity makes me transient. My absurdity doesn’t fit into the schedules, the plans, the structures that give people’s lives permanence and so they leave me behind. They leave what they do not understand and what doesn’t fit into their narrative. And this discontinuity makes me transient.

I am a student at Rice University, studying both Anthropology and History. Since Fall 2017, I have researched two types of displacement in two different areas of Houston. First, is an independent research on the ethical projects undertaken by homeless subjects and those who work with them (counselors, social workers, church members, volunteers etc.) in downtown Houston. Second, is research for an NSF RAPID funded project to understand inundated residents’ decisions to relocate or repair their residences after frequent flooding events, and how floods have affected the political subjectivity of this population. Through my research in Lima, I seek to understand “transience” as a multifaceted and intersectional experience that extends across different displaced populations in the city. I plan to research transient subjects in Lima, a major migration center in South America, and an economic hub that promises urban work opportunities to transient persons. This website serves to display images and ethnographic descriptions of the experiences of displaced persons in a city that stands as the crossroads between environmental, political, and economic dispossession View all posts by jolenmartinez

One thought on “I feel transient”