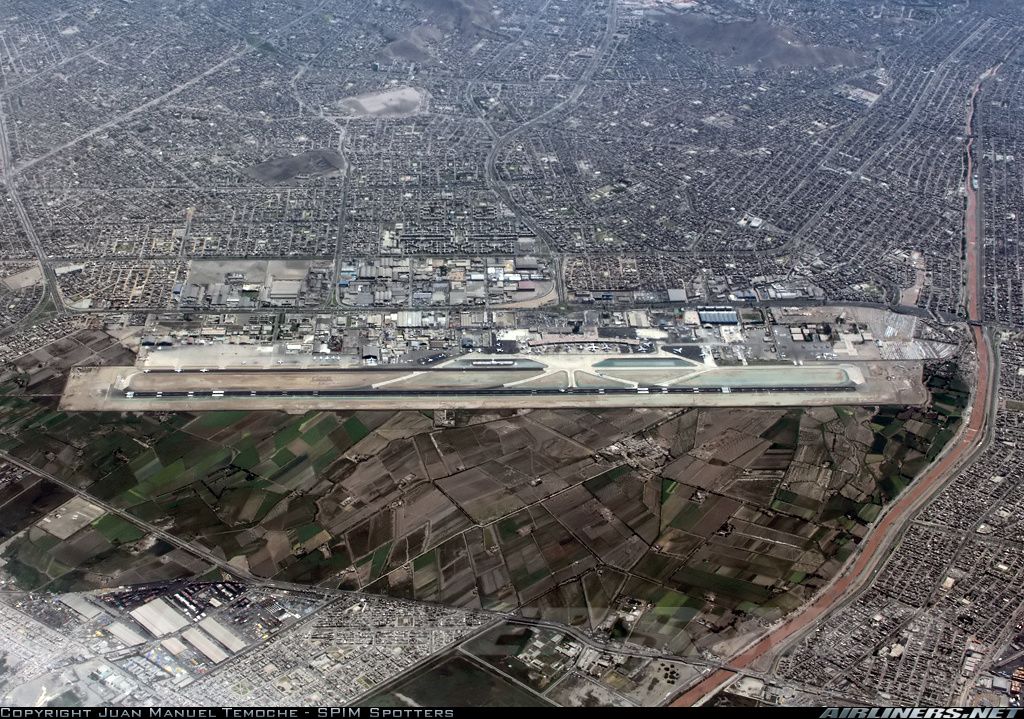 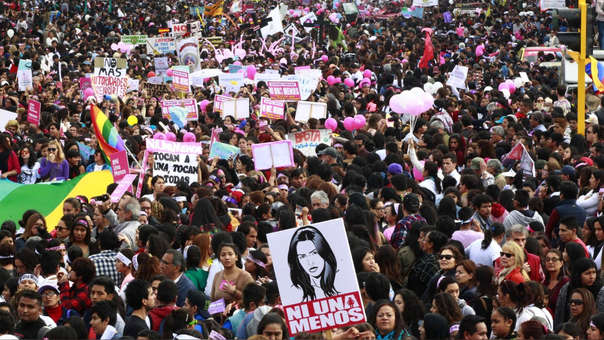 Lima has faced a long struggle to address violence against women within the city. El femicido o feminicido, one of the most troubling forms of this violence, is frequently the subject of news reports on the evening television. Throughout the city, posters that declare the names of murdered women, survivors of sexual assault, and victims of the state’s inaction, are plastered on the facades of buildings and hung on lamp posts. On the streets, it isn’t uncommon to see a man hovering over his girlfriend and speaking loudly inches from her face as she cowers or averts her eyes. Although it is unfair to attribute this same level of violence to the quotidian lives of all men and women in Lima, open and unaddressed harm to women hangs heavily over many residents, as can be observed in daily conversations and nightly reports of another dead woman found in another part of the city.

This macabre scene indeed seems to be an entrenched reality for many Lima residents, and feminicidos often paint the image of anti-woman violence a crimson red. As previously mentioned, posters on the walls of buildings frequently depict bloodied figures with hands covering their mouth. In one case, a poster simply displayed the chalk outline of a woman in a black background. There were no words. In this scene are two important features of anti-woman violence in Lima. First, is the intense display of abuse, pain, and death. Second, is the position of these posters on the solid, permanent walls of buildings. Street art and graffiti depicting feminicide on the streets of Lima locate violence on the the facades of businesses, public buildings, and street-side stores. They transform neutral bricks and mortar into harbingers of assault and murder targeting women, illuminating the violence that exists entrenched within Lima’s permanent institutions. In this role, the chalk outline is particularly powerful, searching for the victimized body of the woman on the solid, ordered walls of Central Lima’s public offices.

In this scene, the permanent, sturdy buildings of downtown Lima symbolize  perpetuated violence. Women’s expressed frustration at the lack of a public response to the suffering they experience repaints the city’s buildings in the sanguine colors of their participation in this anguish. State institutions such as the city police force, the municipal security, or Serenazgo, legislators, and courts have all failed to bring perpetrators of assault and murder to justice, and have frequently left women as the sole defenders of their bodies and rights. Likewise, the private sector has failed to provide women with protections in their workplace, and frequently protect abusive male managers and owners. The public and the private, both made permanent and visible through the brick, steel, and concrete materials of Lima’s downtown buildings, are additionally built upon the structures of power that violate women, and protect their abusers.

Contrasted to the “permanence” of the buildings in Lima’s historic center, are the spaces and subjects in between them. The people that pass below the towering structures in the central district are temporary compared to the lengthy stretches of time that the buildings exist, power emanating from their design and operation. As I pass underneath the “Palacio de Justicia”, Ministry of Justice and Human Rights building (depicted in “Images of Transience”), I cannot help but notice the fleeting nature of my presence. I cannot stand back and witness the entire mass of the building without needing to turn my head, or walk to another part of the street. In relation to my perspective, the Palacio extends far and wide and remains in position as I must walk around it to examine its full expanse. Additionally, its towering gray walls, reminiscent of a 1920s police “noir” film, bring to mind intense permanence and stability. Those who walk before it are only brief participants in the public order that emanates from the Palacio’s steps.

However, the impermanence of the pedestrian, the passerby, the everyday citizen, forms and reforms in ways that amass more power and presence. The “Dia de la Mujer”, an international movement for the celebration of women and solidarity in a struggle for equal rights and treatment was one such event that transformed the passing citizen into a powerful march. On March 8, 2019, I was able to participate and support the women’s march on el Dia de la Mujer, where thousands of women and men marched throughout the city, filling the roads of downtown Lima, and occupying the entirety of the city space. The color purple flooded avenues and transformed the spaces in between the massive buildings of the historic center into a solid entity.

Women chanted in unison, “tembla, tembla, tembla las machistas, todo Latin America somos las feministas”. They lifted similar banners depicting feminicides, chains, blood, and pain, while simultaneously holding hands and crossing arms. Indigenous feminist groups presented their message through traditional dances. As well, Afro–Peruanas pounded cajones as they advanced throughout the city. Both of these displays adopted an intersectional stance of inclusive solidarity, but also redirected the “transient” march into forms that exuded great energy and passion. Below the Palacio de la Justicia, the march proceeded, enveloping the imposing building in a wave of purple. For the night, the solid gray walls of the ministry seemed adrift in an ocean of the movement as if it itself could be washed away in a moment. Perhaps this is the power of a march. Although it is temporary, it is powerful. The relationship between permanence and transience in the forms of structural violence and popular response transitions from one into the other. What seems as if it could exist for thousands of years can be washed away in the passionate waves of an intentionally temporary movement. Yet, when the march disperses as well, the building still stands, as the remnants of the movement litter the streets. Potentiality. Alternatives. Futures. Perhaps this is what the march presents with so much ardor.

Close to 80% of those living in Lima live in urban-popular settlements are concentrated in three valleys: Rimac, Chillon, and Lurin. These homes occupy large portions of alleys and slums (callejones y tugurios) throughout the city, but especially in the northern and southern “cones”, territories surrounding Lima that contain little infrastructure, and sparse social services.

Extreme population expansions between 1950 to 1980 (which I will talk about in a later post) led to a massive increase in habitation surrounding the central Lima district. Since 1940, when Lima contained 645,172 inhabitants, the city has grown to over 9,000,000 today. Previously, 65% of Peru’s population lived in rural environments, and now the same number represents those living in urban settings, Lima hosting the vast majority of these citizens. Such “massive concentration has created special structures and societies in the urban world, as well as new tensions” (71).

Matos-Mar points out that over 41% of the new urban population in Lima are internal migrants, who abandoned their homes to seek urban opportunity. More than half of these migrants are from the Sierra, the central mountainous region of the country. He states that:

The city has also drastically expanded in land-size. However, it’s geographic location between the Pacific Ocean and surrounded by the Andes mountains on all sides, presents natural limits to this physical growth.

A large problem arose surrounding migrants’ new living conditions, and the ill-suited city-space into which they arrived. The migrant “had to adapt to the context offered to them by the city and to find solutions in the possibilities given for their previous experience (75)”. Matos-Mar argued that the migrant faced two options: one was to go through the legal system and accept the “ceiling”, and the second was to violate the limits of the established system (76). Many, unable to work through the legal system for obtaining a home, were forced to “invade” the land, and convert it to fit their basic needs. Without property deeds, migrants squatted in territories throughout the area. The pressure that they placed on the city to meet the needs of residents eventually led to the city’s recognition of their land in what Matos-Mar calls the era of “mass contestation” (77).

Syncretism between the Hispanic coast, and migrant serrano culture followed the mass migration of Andean workers and families. Now, in Lima, one can find Andean fiestas at the rooftops of buildings, new Andean dances that incorporate indigenous rhythm and tunes, and the Quechua language is frequently emitted through local radio stations.

Today, there is a general incapacity for public services to assist the large number of migrants that live in the city. With few financial resources, the state is forced to focus its efforts on extreme cases of disorder, sanitation, and safety (86-87). With rapid expansion, the city is hard-pressed to supply transportation and support to new communities that have sprouted up to the far north and south. Matos-Mar offers a prime example of this growth in the Lima Microbus. Microbuses, or “Micros”, are small buses that sprawl throughout Lima in dozens of different lines and routes. Lima, without a large public transportation system (it really only has a few public buses that travel down main roads), relies on Micros, combis (even smaller vans), and other private vehicles to fill the gap. These modes of transportation have had to rapidly increase their fleets and routes, creating a scene of intense traffic and confusion in the streets.

Matos-Mar concludes his analysis of 1980s Lima with a discussion of migrant groups’ makeshift cultures and its relation to an inadequate public support network. He points out that the state’s lack of resources has contributed to extreme violence, crime, and malpractice within migrant communities. In response to this gap, a popular demand for wellbeing followed what Matos-Mar calls the “invasion and capture” of land around Lima. In short, communities created their own local, make-shift, solutions to their problems. Due to the extremely high cost of healthcare in the country, migrant groups turned to local healers and herbalists that could offer natural treatments. Religious communities developed their own local traditions that altered Roman Catholicism and combined evangelical teachings to establish new pseudo-denominations. Migrants addressed their lack of educational services by forming clandestine schools and academies that taught their kids basic lessons at lower prices, maintaining their own curriculum against the laws of the public education system. Lastly, communities organized local security and police forces to monitor their claustrophobic streets.

All of the points that Matos Mar gracefully presents are important points of departure for my own ethnographic account of transience, management, anomaly, and order in Lima. The striking cases of migrant clinics, schools, and security forces offer incredible lessons about fluid response and local organization between the interstices of state authority.

Thank you for joining me in my journeys through Lima, Peru. In this section, I provide updates of my time in the city, images and videos of different types of transience, and references to relevant reading material as I come across it. I hope to offer a living, breathing, account of the fluid, mercurial, and ephemeral experiences that energize the urban space within the interstices of structure and permanence.

The migrant street vendor, the resting vagrant, the crowded “microbus”, the refugee camp, and the winding public protest all intertwine and interact in the quotidian to develop a unique part of Lima, which in turn pulsates and responds to these fluid influences. Structure and movement. Transience and permanence. The poetic and the prosaic. Rather than diametrically opposed, these concepts exist in conjunction and inform one another.

It should go without saying that my accounts are only small ethnographic views of vast socio-historical experiences. Yet, there is something still beautiful and nascent about the wide-eyed student immersed in an infinitely complex stage of new tastes, sights, and emotions. Thus: a blog. Please advance through the posts and images as one swimming in the ocean, carried by the current to where it wishes to take you, immersed and without immediate direction.